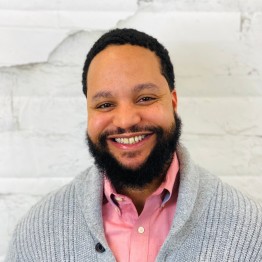 Kevin's goal is to place his clients in a better financial situation, both immediate, and long-term. He does this by focusing on educating his clients on the loan process and providing a high level of communication every step of the way.

In his free time, Kevin enjoys spending time with his wife and daughter, playing tennis and traveling.

What Customers are Saying about Kevin

Enjoyed working with Kevin on this loan. Not only did he do HIS job, but he also assisted others in doing theirs. He kept in contact to inform you of the process. I had many questions and issues; I texted or emailed him, and he also replied back in a timely fashion.( #1 attribute is to be accessible) Even when the loan closed, and I had an insurance issue. He came through, and the problem was solved. He did a wonderful job.

calendar_today 10/29/2018
comment 0 Comments
The team and I at InterContinental Capital Group (“ICG”) announced today that we have been named to the prestigious Inc. 5000 list. Inc. 5000 is an exclusive ranking of the nation’s fastest-growing private companies. This is ICG’s first time being...
Read More

calendar_today 6/27/2017
comment 0 Comments
Dustin DiMisa started this project because he wanted to change the industry – to rid it of the poor processes, runaround service, and bad advice. Dustin set out to speak with 2,000 consumers and receive feedback on their experience, whether good or...
Read More

calendar_today 6/9/2017
comment 0 Comments
According to the latest Monitor Report from Black Knight, Housing Wire just published an article stating that organizations have plummeted from the first quarter of this year, which, was led by a drop in refinancing organizations. “Overall...
Read More