Dustin DiMisa started this project because he wanted to change the industry – to rid it of the poor processes, runaround service, and bad advice. Dustin set out to speak with 2,000 consumers and receive feedback on their experience, whether good or bad, and improve the industry based on that info.

He’s been focused on learning pain points and figuring out where to add value opportunities based on all the info he’s gathered from these calls. So let’s check in on what Dustin DiMisa has learned.

After day one Dustin was excited about what was to come. Even on the first day he had a mix of happy and disappointed consumers and gathered great insight right off the bat. From smooth and quick to slow and bumpy, there was already a range of experiences he was learning about.

Two weeks in Dustin was thankful for the range of information he was gathering from all different types of consumers. He already had a long list of improvements and ideas that he was constantly adding to. One thing that stood out to him after week two was the importance of meeting the deadline closing date initially promised. Notably, one consumer was almost homeless due to the closing date being pushed back. Dustin DiMisa quickly realized that promises and deadlines need to be kept in order to keep consumers happy.

At this point, Dustin has only been speaking to purchase consumers and found he’s getting a great assessment of the purchase process. Eventually, he’ll speak with refinancing consumers but organizing it into segments makes the feedback easier to process.

Week three began on a Monday and Dustin DiMisa kicked it off with a crazy productive day of calls. Every one he spoke to that day was happy with the process which was a nice way to spend a Monday at least. And even the happy consumers have great ideas for improvements in the industry based on stories they’ve heard or small things they noticed.

Before month two started, Dustin took note of two items that seemed to pop up the most in his conversations: 1) consumers have very little time in their day to worry about anything past their ordinary routine and 2) streamlining the process is the biggest priority because of reason #1.

Week five came and went and Dustin DiMisa was left surprised as usual. He realized that most consumers find lenders through their real estate agents without doing much of any research on their own. For this reason, local lenders are most often used because real estate agents have a better connection with locals.

Thus far, the Consumer Connect mission is still going strong and Dustin DiMisa has learned more than he even thought possible this far into the process. He looks forward to learning even more about the refinance and VA home loan process in the near future! 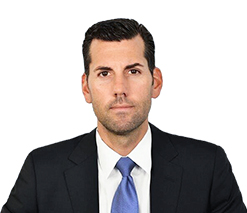